Fast, reproducible, and portable docker containers containing C++ compilers, tools and libraries for C++ usable for continuous integration and as base for eclipse.

Each directory correspond to an environment module. They can stick together as a chain:

Please find a list of available images at images.yml. The images in the list will be build automatically with Jenkins and pushed to DockerHub.

The docker images can be pulled with 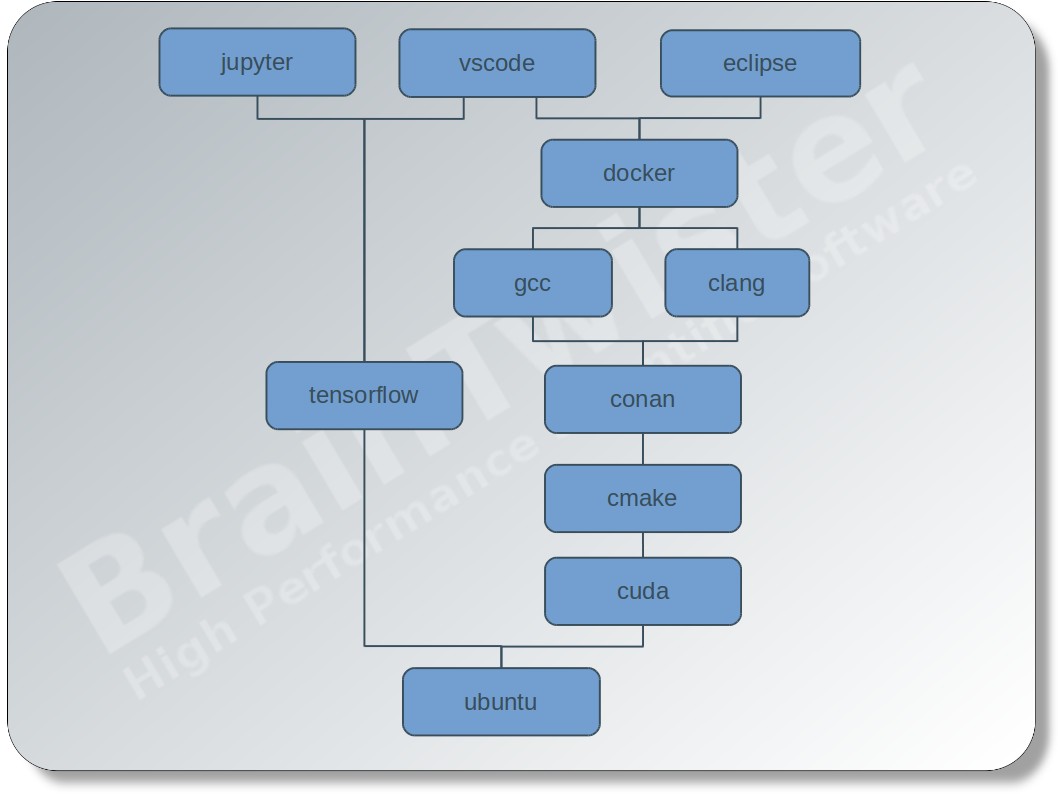 A ready-for-action eclipse IDE with

installed can be started by

or using docker-compose by

The mount of the X11 socket file (/tmp/.X11-unix) and the definition of the environment variable DISPLAY induce the application within the container to send the rendering instructions to the host X server. To allow the container to use the host display, the command xhost +local: must be executed on the host before starting the container. The privileged mode is needed for debugging with gdb.

Eclipse Photon can be started with the latest GCC compiler by

First of all nvidia-docker version 2 must be installed and the runtime attribute must be set to nvidia, that the container get access to the host GPU card. The nvidia runtime attribute is currently only available at docker-compose version 2.3.

For CUDA development the NVIDIA IDE nsight is highly recommended, because it provides special support for code editing, debugging, and profiling. The version of nsight is not adjustable, as it depends to the version of the cuda module.

To use the Eclipse CDT Arduino plugin simply choose the eclipse-arduino module and bind the serial port of your Arduino connection (here: /dev/ttyACM0):

The data in the container can be made persistent by using a docker volume home for the home directory /home/user.

The .env-file can be generated by

Fork me on GitHub